the year of 2022 has just started and this can be the year where you make the important step to become a better speaker and presenter? We welcome you to participate actively in our meetings in January! Join in from wherever you are because this month will only be online meetings!

Want to prepare a speech or short presentation? Use easySPEAK  to enroll for your favorite activity or contact  us! You don’t believe online presentations can be fun?! Then you simply must participate!!

Are you the one on the stage to answer the Table Topics® Master’s question? Sweaty hands and a hot head? No words in mind? No idea how to fill the next two minutes?

You’ve got the chance to find out more about Table Topics® and how to approach the successful delivery of an entertaining speech. Have a look at some strategies and methods that help you to find the right words.

Overcome the scary ideas in your hot head that are slowing you down in being an excellent impromptu speaker! Join in to our workshop by registering  →here.

I have seen the preparations take shape slowly over a year of rigorous effort from so many Toastmasters in District 95.

Being a part of the Organizing Committee from start to end, I have seen our dreams of organizing a 350+ in presence conference shatter because of Corona and then like the Phoenix how we re-built our dreams from its ashes to have now organized this Conference online where 400+ Toastmasters are now participating from Germany, Norway, Sweden and Denmark. If you still haven’t registered here, you are missing out big time on a plethora of programmes and networking opportunities that the TM District Conference 2021 has to offer between May 7th – May 9th 2021.

Register now (from private browser) for the event by clicking https://d95-conference.org/#registration

From Freiburg to Frankfurt and from Ramstein to Reutlingen – on May 02, 2015, the best speakers of Toastmasters Division F meet in Mannheim. Winners of the previous Area contests compete against each other in the categories “International Speech” and “Evaluation speech”. The champions can proceed to Borås / West Sweden and present their speeches from 22.05–24.05 at the District Conference (D95, Europe North / East).

All those who are already member of a Toastmasters club or perhaps would like to be, are  cordially invited to the event. It is an excellent way to get to know what Toastmasters provides: brilliant rhetoric, a warm and friendly atmosphere, inspiring exchange with others and know-how in leadership and organization. A buffet and drinks will be served. The event takes place at venue:
Buergerhaus Neckarstadt-West,
Lutherstr. 15-17, 68169 Mannheim.

As a speaker you try to convince the audience of your opinion. They should agree to the major views of the speech. Apart from the contents there are certain techniques that can be uses for to create a feeling of firm conviction. Proceeding one of the previous posts I’d like to give some more suggestions that are based on Robert Cialdini’s principles of persuasion.

Liking or “just be nice”

Have you heard that a waiter in a restaurant can increase the tip simply by adding another peppermint sweet to the bill in front of the customers? Showing sympathy to someone increases your chance that she / he will agree with your own needs. So try to buil a good relationship to your audience. How can you do so if you have just limited time in your speach? Some ideas:

Authority or “the prove by power”

Usually we tend to follow people in positions of authority, we feel more obliget to accept what they say. Most of us will do what our managers request us to do or agree with someone who is in a high position.
For this reason try to find a prominent and outstanding personality of your point of view or your proposal. Got a quote or 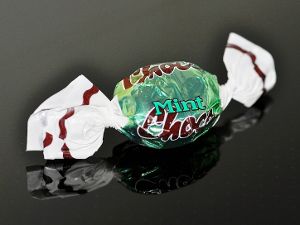 an example given or experience by a well known person with best reputation? Brilliant — take her / him to strengthen your thesis.

Scarcity or “now or never”

If people have the feeling that they might miss something if not acting immediately they decide quicker. To pile pressure on customers limited stock or closing dates for special offers are announced to gain a buying decision on the spot. That way you can influence your audience if you expect them to support your idea or project. By exposing an urgent problem that can (only) be solved by your suggestion your audience will likely agree. When speaking in front of a decision-making body point out the need for a clear and positive decision.

Give it a try, working with the specified techniques will make the audience agree to the strong points and ideas of your speech!

A post by our co-blogger and member of BASF Toastmasters Subhamoy Bhattacharya.
Quite aptly the first speech for a new member in a Toastmasters Club is called “The Ice Breaker“. The competent communication manual mentions that in this “project” the speaker introduces him/herself to the audience and also gives them some information about his/her ambitions/interests and background. Below are some excerpts from the speech I delivered which might be helpful for some future Ice Breakers 🙂

Since I find it a bit awkward in general speaking about “myself” (maybe its a cultural aspect I am still to overcome), I decided to narrate a few anecdotes from my life and in the process outline my experiments with public speaking in the short 6 minute speech cryptically titled: P.S. I Love You

My first experience in public speaking came at the early age of a few days. A week after my birth I was “displayed” in front of my relatives and since I was too overwhelmed by all the attention, I didn’t manage to “say” anything. My audience returned disappointed. Lesson learnt: “Audience is everything, keep them engaged”.

My second experience came during my school days in Kolkata (India) when I for the first time faced a “real” audience for the inter-class debate competition. I was selected to represent my class and had 7 days to prepare a speech and deliver in front of a 50 member strong audience. Sounds like an easy job now, but would have been impossible had it not been for my first unofficial speech writer: Dad. He wrote, I learnt and delivered on D-Day the mugged up version. The audience cheered, I came second and learnt the second lesson: In a speech “Content is king”.

With experience and exposure, I very soon was a confident debater still mostly using learnt material to deliver speeches. This changed one fine day when in a fit of excitement during an external visit to another school I forgot my lines. I stumbled, fumbled and luckily could come up with something completely new but thankfully relevant to the theme faring not so bad in the end. I learnt pretty quickly my lesson this time: A good speech should have elements of “Improvisation”.

The next lesson I learnt came during my days in College when as part of the Dramatics team I used to stage plays and sometimes used improvisation in the dialogue delivery styles to make the audience laugh. With the limited independence I got in terms of improvisation during those days I realised interestingly that I derived energy from the laughter of the audience and an aspect I later successfully transferred to my speeches as well. Lesson learnt: “Humor” is to a speech what oxygen is to life.

My final learning experience so far was at the Inter-University debate competition when in a foreign location, devoid of supporters and in front of other seemingly favourite speeches I stuck to the basics, incorporated the above elements and still came out on top. Lesson learnt: “A good speech never fails”.

When people ask me, despite all these experiences so far why I joined Toastmasters, I put on the table two primary reasons: